As this festive time of year starts to snuggle in close, many often choose to celebrate by indulging in a sweet treat or two. Whether nostalgic, dainty, or decadent, holiday desserts tend to do our bodies no favours, since they’re often full of excess fat, refined sugar, and empty calories.

What draws us to indulge in sugary treats in the first place? Turns out the answer has to do with the reward system in our brains. When we eat something sugary, our brains release a surge of dopamine, a chemical responsible for the feeling of pleasure and reward.

This motivates us to repeat the action that caused the flood of dopamine, reinforcing the reward and causing sugar cravings. To get a sweet fix without getting trapped in a powerful reward cycle, try to enjoy treats that contain a good amount of protein or fibre to slow digestion and help you feel full for longer. Discover our selection of unique and decadent recipes that are sure to bring a festive flourish to the end of any celebratory meal. Not only that, they’ll do so while also helping us keep our health and overall well-being in check. Cheers! 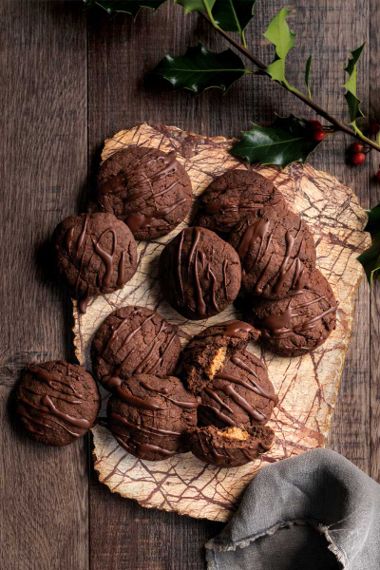 Cookies are a holiday staple, and these are sure to become a fast favourite. Experiment with your favourite nut or seed butter here to make it your own new family tradition. 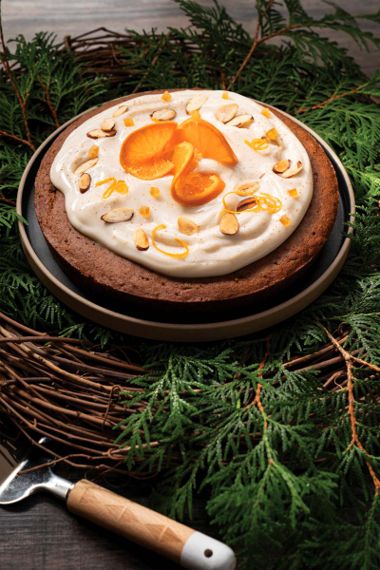 This spice cake is the perfect accompaniment to any holiday gathering. It’s not only deliciously perfumed with orange and a heady mixture of spices, reminiscent of gingerbread, but also perfect for those who have food sensitivities, as it’s gluten free and vegan. 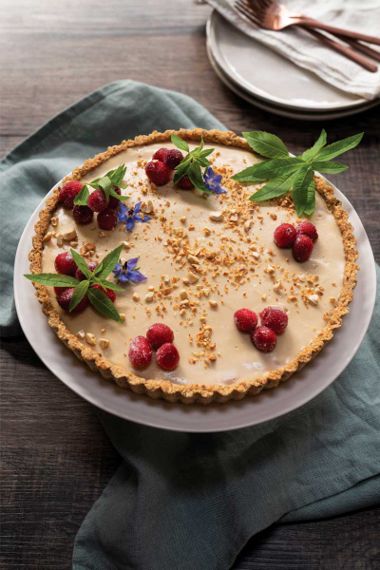 This tart is a showstopper. Smooth and creamy cashew cream is paired with the bright tang of cranberry compote for an unforgettable finish to any festive meal. Cranberries, skin on, are very high in beneficial bioactive plant compounds and antioxidants

Take a stroll down the baking aisle of a grocery store and there’s a good chance you’ll see a large variety of alternative sweeteners. Here’s a quick guide to some of the most popular natural ones and how best to use them. It’s important to remember, though, that no matter the sugar you use, none are particularly healthy and should all be used in moderation.

Made from the sap of the sugar maple tree, maple syrup comes in several different grades based on its colour: light, medium, or dark. The darker the syrup, the more robust its flavour and the better it lends itself to either cooking or baking. While maple syrup does contain some nutrients and antioxidants, including manganese, it’s very high in sugar, with a glycemic index just slightly better than that of white sugar.

This syrupy sugar substitute is made from the sap of the agave plant. While it has a low glycemic index and will not sharply raise blood sugar levels, its fructose content is actually higher than that of white sugar and can wreak havoc on our health if not kept in check. Use agave nectar very sparingly, or source out another alternative sugar to use in cooking and baking.

A light brown, thick, and sugary syrup derived from brown rice, this sweetener is made up of 100 percent glucose and is a popular choice for those avoiding fructose. It does, however, have a very high glycemic index, which causes blood sugar and insulin levels to rise rapidly then crash, causing feelings of hunger and cravings.

Derived from the yacon tuber grown in the Andes of Peru, this thick, caramel-flavoured syrup can be used as a garnish. It contains fructooligosaccharides, a type of fructan, which are not fully digested by the body and act as soluble fibre. Take note that yacon syrup is best used in applications that aren’t heated, as high temperatures will break down the fructooligosaccharides.

Stevia is a plant whose leaves have a sweet taste. The stevia found on most grocery shelves, though, is a highly refined stevia leaf extract called rebaudioside A or Reb-A, which is often blended with other alternative sweeteners. Reb-A is a non-nutritive sweetener, meaning that it contains almost no calories, and at nearly 200 times sweeter than white sugar, a little can go a long way.

Derived from the sap of the coconut palm tree, coconut sugar is a granulated, sandy-textured sugar with a taste like brown sugar. Coconut sugar does contain very small amounts of some nutrients and has a lower glycemic index, thanks to its content of inulin, a type of soluble fibre that slows absorption of food in our gut. It is, however, high in fructose and high in calories, and its overall health effects are largely similar to those of white sugar.

Date sugar is made from dehydrated dates that have been ground up. It resembles brown sugar and has a pleasant butterscotch-like flavour. Since it is the ground-up fruit, it retains all the dates’ vitamins, minerals, antioxidants, and fibre. Thanks to its fibre content, it has a relatively low glycemic index. Take note that date sugar doesn’t dissolve in hot liquids or with cooking and may not be what you’re looking for as a substitute for sugar in a recipe.

This powdery sugar substitute is made from the dehydrated juice of monk fruit, or luo han guo, grown in Southeast Asia. While it does contain sugars, mainly fructose and glucose, monk fruit powder is calorie free and is 100 to 250 times sweeter than white sugar, due to a unique antioxidant called mogrosides. You’re most likely to find it on grocery shelves mixed with another alternative sweetener to tame its intense sweetness.

Erythritol is a low-calorie, plant-based sugar alternative belonging to a class of compounds known as sugar alcohols. Human beings lack the enzymes needed to break down erythritol, so it doesn’t change blood sugar or insulin levels when eaten. Studies have shown erythritol to be a safe sweetener, and it’s also been credited with beneficial effects on oral health due to its ability to slow the growth of bacteria and decrease the acid the bacteria make.

Like erythritol, xylitol is a sugar alcohol. It’s plant based, has a very low glycemic index, and has 40 percent fewer calories than white sugar. While it may cause some digestive discomfort in some, xylitol has been shown to possess similar oral health benefits to erythritol, while also helping to increase collagen production.

Lawren Moneta is a chef, food stylist, and recipe developer.

This simple dessert celebrates the glory that is the summer strawberry. Don’t feel you have to stick to strawberries here; swapping them for ripe peaches would also make for a stunning ending to any meal. What to gild the lily with? Add a dollop of whipped coconut cream or a small scoop of vanilla ice cream. Flower power Orange blossom water (also known as orange flower water) is produced by water distillation of the blossoms of a bitter orange tree. Just like rose water, a little goes a long way. So, take care and use just a drop or two, tasting as you go so as not to overwhelm but rather to complement the other flavours in a dish.

Dad’s Day Burgers from Around the World

Take your Father’s Day menu to the next level by introducing some globally inspired flavours into his favourite burger repertoire. Try these inspiring burgers (including plant-based!) to give Dad his favourite gift: food made by you!

Ever thought about making burgers as an appetizer or as a potluck meal for friends and family? Try making your favourite burger into bite-sized portions. They might be small in size, but they won’t be small in flavour. These burgers also pair well with a Greek salad for a delicious mid-week lunch or dinner. Fresh is best Squeeze fresh lemon on patties while cooking to give them the fresh zing of citrus.

What worldwide vacation is complete without a stop in Italy? Dad won’t miss the meat in this flavourful mushroom alternative complete with Italian spices and a zesty vegetable tapenade. Portobellos have a uniquely “meaty” texture and act as a sponge to lock in loads of flavour. This meaty plant-based burger is sure to become a favourite—even with any meat-lovers in your life. Custom-made! Don’t be afraid to customize your burger buns to fit your patties. If your bun’s too big, trim off excess and save the trimmed bits of bread, but don’t discard. Instead, cut into small cubes; drizzle with some olive oil, sea salt, and seasonings of choice; bake at 350 F (180 C) for 10 to 15 minutes, and you’ll have delicious homemade croutons for use in soups and salads throughout the week.